Shey Rivera Rios is the Artistic Director of AS220. With a professional background in administration, Rivera is also a performance and installation artist, musician and writer. At AS220, she focuses on community engagement, cultivating partnerships, and facilitating strategic planning, alongside a team of program leaders. Rivera was part of the founding team of Festival de la Palabra in San Juan, Puerto Rico, in 2010 (the largest literature festival in Puerto Rico, still ongoing), and reactivated the historic Museum House Concha Melendez in San Juan with literary arts programming. She is an alumni of the Leadership Institutes hosted by the National Association of Latino Arts and Culture (NALAC) and the National Association of Media Arts and Culture (NAMAC).

Rivera is a Certified NonProfit Accounting Professional (CNAP) and has also served on multidisciplinary art grant panels for the National Endowment of the Arts (NEA), NALAC, and Rhode Island State Council on the Arts. Rivera serves in Congressman Jim Langevin’s Art & Culture Advisory Committee and Mayor Elorza’s Art & Culture Transition Team. She is part of the Downtown Providence Parks Conservancy’s Advisory Committee and serves on Sophia Academy’s Board of Directors, as well as Providence Cultural Equity Initiative’s Cultural Think Tank. She has been a speaker on arts management and/or visual culture at Tulane University, the University of Puerto Rico (Rio Piedras campus), Philadelphia Mural Arts, NALAC Regional Workshops, and the Alliance of Artist Communities’ Annual Conference, among others.  http://sheyrivera.com 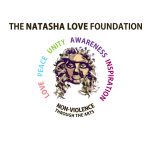